In 2014, Paul Wardell (the present-day Owner and Managing Director) concluded a successful MBO of Close Technical Services Ltd (UK & Belgian) and Close International SA of Luxembourg; from the Belgian Group SA Close. At the end of 2014 these two companies were amalgamated and re-branded as CTS INTERNATIONAL LTD.

The core team remains the same; basically an eclectic bunch of knowledgeable Engineers, Project Managers, Site Managers and CAD personnel; all highly skilled in the design and the realization of Mechanical and Electrical systems for a variety of applications and industries. Coupled with other disciplines CTS Staff are able to provide total turn-key solutions, not only for Data Centers, but also for a variety of other projects.

2007 to 2015  - CTS undertakes several mutli-MW Data Centre projects in the UK and Northern Europe. Either on a total turn-key Design & Build or as an M & E Contractor; CTS has delivered over £50 million GBP worth of projects

Prior to 2007  - Prior to the establishment of CTS in the UK, the key personnel were in fact well known as being from a Belgian Contractor, “Air et Chaleur”. This Company was founded in 1945 and several of the CTS personnel worked together at Air et Chaleur during the 80’s,90’s and 00’s. Delivering a variety of major projects on four continents and since 1997, the core CTS Team also delivered dozens of Data Centre projects in Northern Europe. 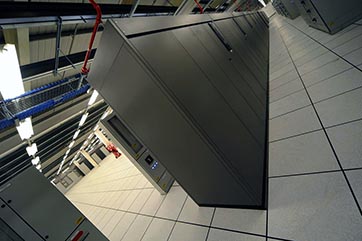 CTS, at your service

Decades of EXPERTISE, over 4 Continents providing QUALITY and focused on SERVICE