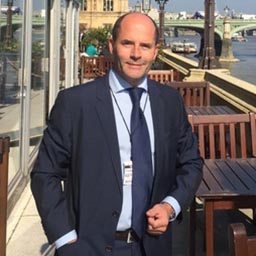 Over 27 years experience on major international projects, covering 4 continents
Responsible for the day-to-day operations of the Company as well as the commercial activities

The Company under the directorship of Paul Wardell has executed dozens of Data Centre projects throughout Northern Europe totalling well over 1,000,000 ft2 of IT space. Mostly on a Design & Build, Turn-Key basis for complete installations and from time to time the Construction Scope as well.